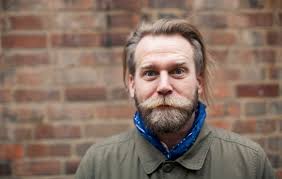 Tickets now only available at the bar

Our third Comedy Club of the year sees another four fantastic comedians set to tickle your funny bones; all for only £7.50! Our comedians are no stranger to the London, Brighton circuits and most of them have done the Edinburg Fringe.

“Practically bursting with energy… a hard act to follow”— ThreeWeeks

A mature, sharp wit, a relaxed manner and an undertow of political passion… Clever, and different.’ –  Evening Standard

“With an instant likability and East end-esq charm that can’t be taught, she can control a room better than some of the most established club comics…” – Ross McGrane. Little Smash Comedy

An international Comedian, who is no stranger to the big clubs in London, you may have seen him on comedy panel shows such as Never Mind the Buzzcocks, 8 Out of 10 Cats, Russell Howard’s Good News. Known for his surreal form of comedy, he usually ad-libs, built around a subject that he has thought of, but not planned a routine about, making each show unique.